I realy care about presenting the work of indie/small brands of lingerie, something I have not had much opportunity to do for now. It’s in San Francisco that I was given the first opportunity! While I strolled into the hippie neighborhood looking for lace treasures, I met the lovely Emily-Rose … Emily Rose, aka OpalSutra on Etsy is a young student in fashion school and is working simultaneously in a lingerie store. This is where I met her of course 😀
Three years ago, she decided to embark on the adventure (oh how risky) of handmade lingerie. All models in its online store are imagined and created by her. So classy ! I admit that I would like to do the same, don’t you? But I will come back on this one of these days … (#mystery).

I talked a little bit with her, and she told me about her lack of models to see whather lingerie in XL looks on someone. Quickly, we made the following deal: I go to the shop the following Saturday to make fittings and some pictures of it and I’m leaving with a boyshort offered and made just for me. I was super happy, my first partnership was made in the STATES. I was so glad, I returned to the hostel to see my friends very proudly^^

FYI her boyshorts models are available from XS to XXL, cool no? 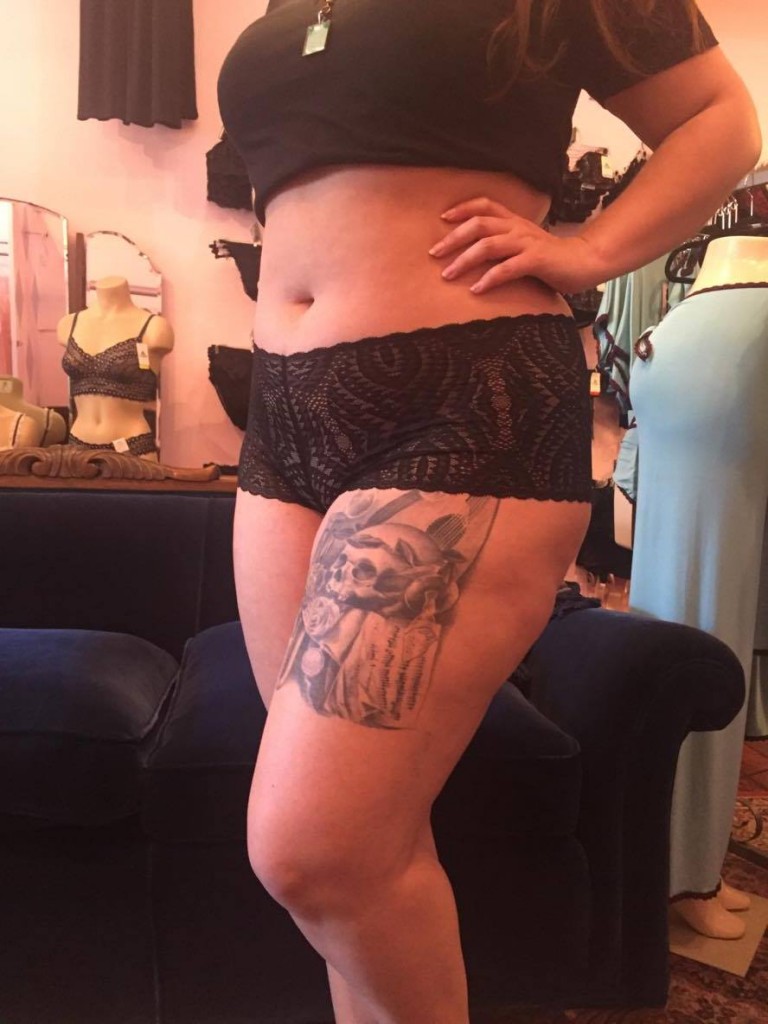 How does the boyshort Lacey Black of OpalSutra looks like?

The boyshort is black, it is slightly curved on the front and back (it’s a kind of pointing down) and is well on the thighs. It is made of lace with geometric patterns that I found very original! I love floral patterns often found on the lace, but this one looks very modern and graphic and I really appreciate it. The edges of the boyshort are also of black lace, a little bit more classic, with a honeycomb pattern genre. The finishing of these edges are rounded and gives an ultra feminine aspect to this lovely piece which is a bit sexy. 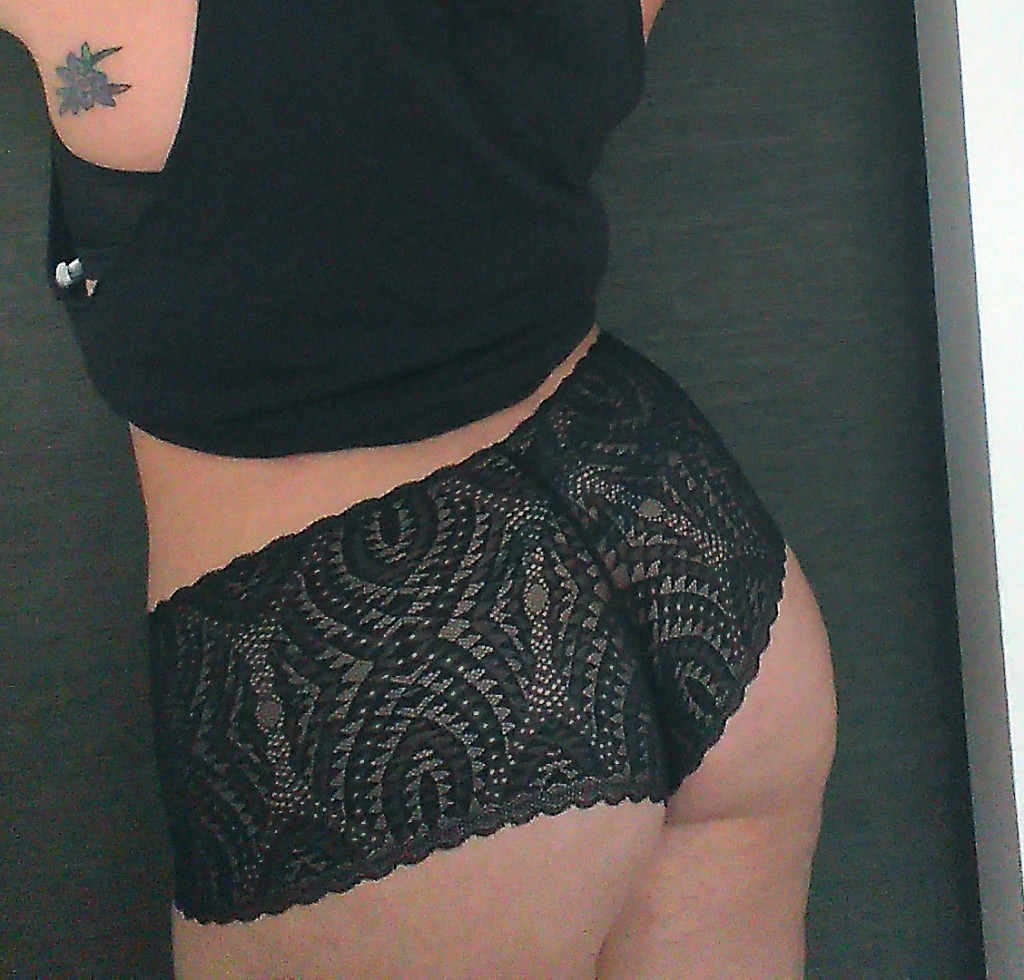 You can see the details here

I wore the black boyshort Lacey of OpalSutra

And I liked it! Oh yeah! She gave me a size XL size that fit perfectly! Honestly I rarely had a “perfect fit” like that, even in a some of the expansive brands that I have in the drawers. At first I was skeptical about the shape slightly indented behind (the famous peak), I thought we just see the top of the line but no, it’s perfect!
It looks like is was tailor-made, it’s pretty amazing. The boyshort is not hipster, but not too high on the hips, it just covers the lower abdomen as needed, without going craves on the hips, buttocks or in the way! After several tests by walking, it does not slip in the buttocks, this is a miracle!
I must say then, and it’s super important, it is an ultra comfy boyshort. Indeed, the lace is super soft, it slides over you like a caress, it does not itch, basically you do not feel it and it is super nice.
Last interesting point: there is a central seam front and one behind, and the one of the gusset in the crotch, but nothing else! So it is like a second skin and does not see much under clothing. So, conquered? 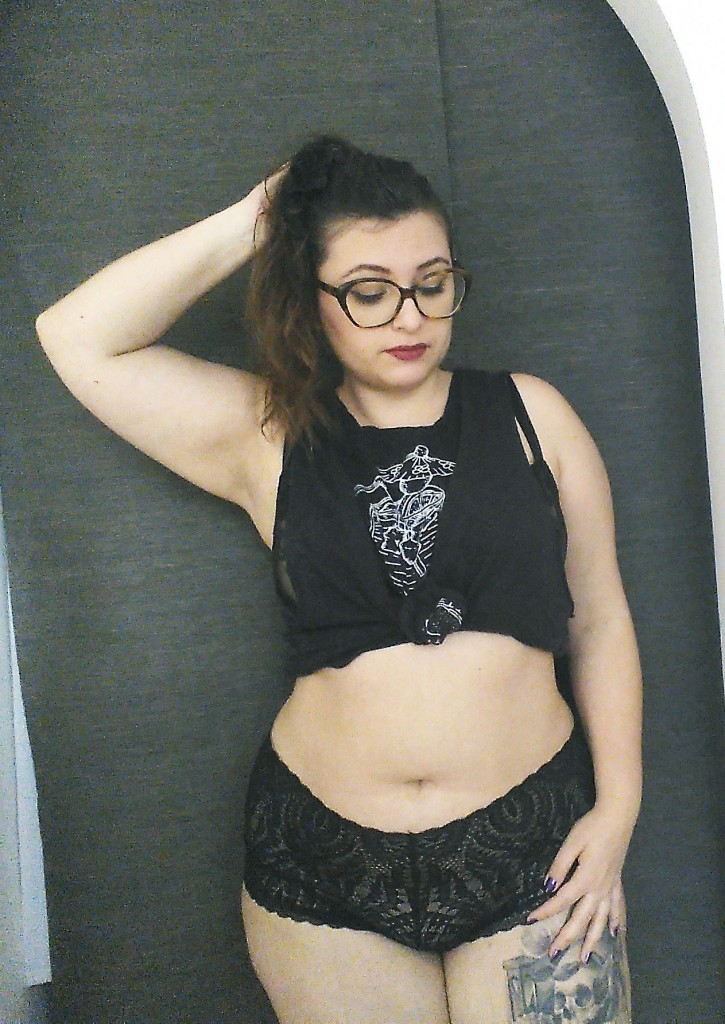 After all that, I will say just one thing: jackpot baby! As soon as I have the opportunity, I think I’ll also buy the bralette, it should be a very nice set with great comfort. 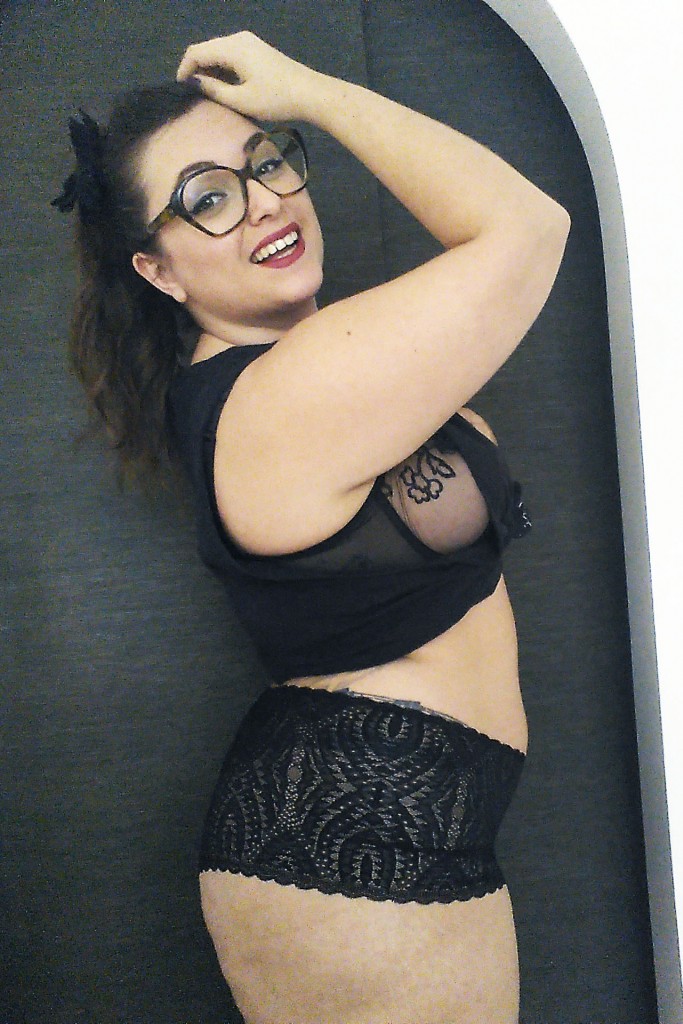 We can see there that the design is perfect for everyone 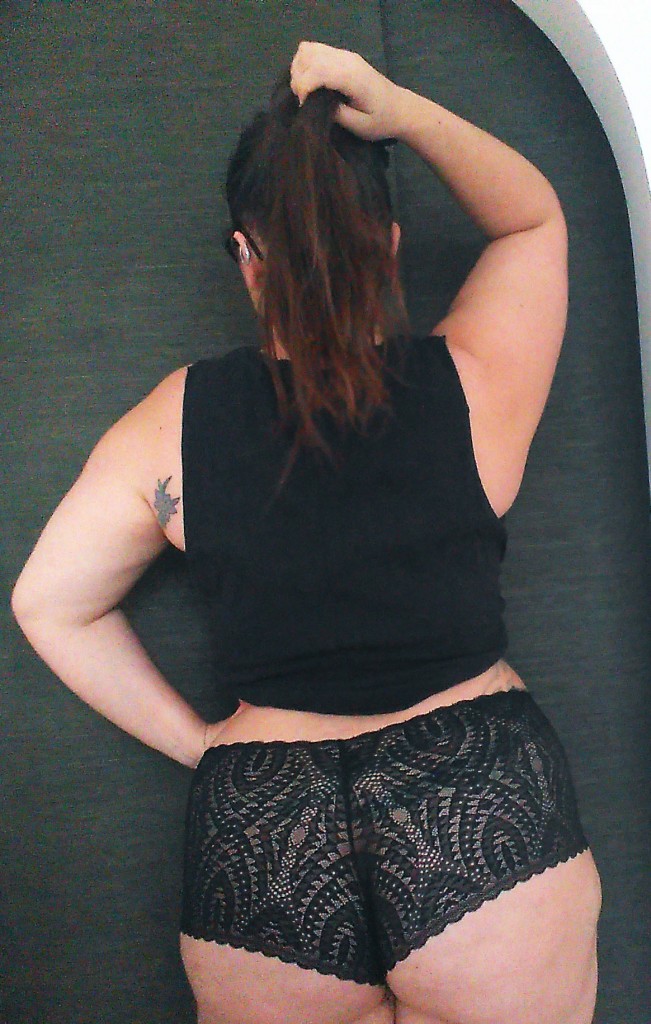 Charlotte set by Parfait (by Affinitas)

This website uses cookies to improve your experience while you navigate through the website. Out of these cookies, the cookies that are categorized as necessary are stored on your browser as they are essential for the working of basic functionalities of the website. We also use third-party cookies that help us analyze and understand how you use this website. These cookies will be stored in your browser only with your consent. You also have the option to opt-out of these cookies. But opting out of some of these cookies may have an effect on your browsing experience.
Necessary Always Enabled
Necessary cookies are absolutely essential for the website to function properly. This category only includes cookies that ensures basic functionalities and security features of the website. These cookies do not store any personal information.
Non-necessary
Any cookies that may not be particularly necessary for the website to function and is used specifically to collect user personal data via analytics, ads, other embedded contents are termed as non-necessary cookies. It is mandatory to procure user consent prior to running these cookies on your website.
SAVE & ACCEPT